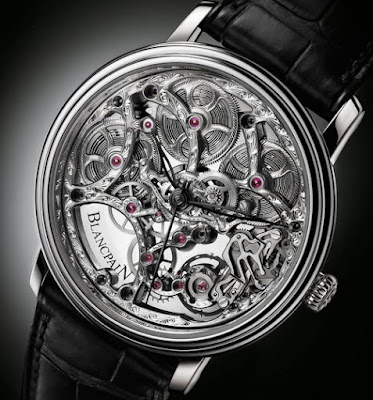 
Blancpain. It is the oldest Watch manufacturer that never went quartz.


Blancpain has never manufactured a Quartz Watch. True to its legacy, it is the only Mechanical Watch Company established before the Quartz Revolution , still around today, that was and is truly Mechanical. Blancpain is a company, that has spanned generations of watchmakers , where every timepiece is crafted to perfection.
On January 9, 1983 ,while the watch industry was still in the euphoric throws of the "miracle of the quartz watch", two men Jean-Claude Biver and Jacques Piguet, came together and concluded that mechanical watches still had a place in society, and two and a half centuries after Jehan-Jacques Blancpain established the company, Blancpain was successfully reawakened.

After thorough examination of Blancpains records, it was confirmed that Blancpain had never manufactured a single Quartz watch, and it was decided then and there that not one Blancpain quartz watch will ever be manufactured in the future. In other words you will never find a Quartz Watch displaying the Blancpain brand name. Blancpain can answer to being the oldest Watch Manufacturer still operating today, and the remarkable feat of never having manufactured a quartz watch.
Posted by Vicky Van Halem at 11:06 AM

Email ThisBlogThis!Share to TwitterShare to FacebookShare to Pinterest
Labels: Blancpain