The Origin of 10 Watch Logos

2. Longines - Winged Hourglass - Oldest Valid Trademark in the in the International Registary at WIPO (World Intellectual Property Organization) . The iconic winged hourglass was originally registered in 1889 in Switzerland followed by a filing under the Madrid Agreement Concerning the International Registration of Marks in 1893. Read More

3. Bulova - Tuning Fork - From Bulova's 1960's Accutron 214 movement, which was a ground breaker in electronic watches using a battery instead of a spring and a tuning fork instead of a balance.  This resulted in a watch that "hummed" rather than "ticked." Quartz eventually phased out the Accutron, but they are still well loved. Read more info on Bulova Accutron.

4. Vacheron Constantin - Maltese Cross - First appeared on watches in 1880.  The logo is taken from the shape of the component of the movement  affixed to the barrel.  This hallmark component ensures the number of wheels can be kept low.

6. Girard-Perregaux -  the Tourbillon Sous Trois Points d'Or or Tourbillon Under 3 gold bridges Crafted by Constant Girard Perregaux.  After which the design lay dormant for 115 years. In 1982 the design was revived in pocket watches and in 1991 adapted for wristwatches to commemorate the 200th birthday of Girard-Perregaux.

7. Breguet - Breguet Hands.  Breguet Hands were designed by  Abraham Louis Breguet in 1783 and are instantly identified by hollowed out points. 1775 inscribed below "Breguet" is the year that Abraham Louis Breguet, best known for the father of the tourbillon, founded the company. He was born in Neuchâtel, Switzeland on January 10th, 1747 and became one of the most revered watchmaking legends. 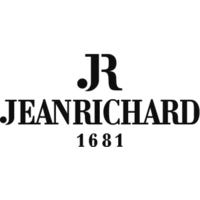 9. Corum - Key to perfect time.
The name Corum stems from the Latin word Quorum meaning
"The minimum number of members whose presence is necessary to make the proceedings and decisions of an assembly or society valid. It is then said a Quorum is reached."
The number of a Quorum is very definite depending on the society,

The key is the key to perfect time, and the last person to arrive at a meeting whereby a decision has to be made is the key that unlocks the process. Without that one final person the door is closed and no decision can be made.

10. Omega, and its corresponding symbol Ω, is the 24th Letter in the Greek Alphabet.  In 1898, The company changed its name from Louis Brandt et Frères to Omega after its groundbreaking movement - the 19 caliber "Omega".  This relatively affordable movement introduced time setting via the crown as well as a new "assembly line" production procedure.