Vacheron Constantin Only Watch 2011 Inspired by an Artist 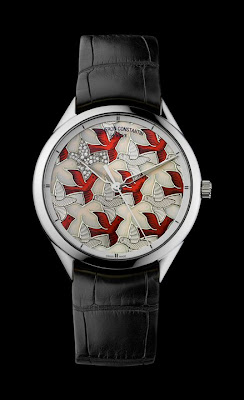 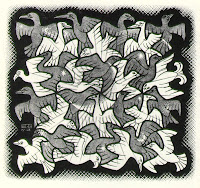 It is wonderful to see the unique creations unveiled for the Only Watch Auction coming this September in Monaco to raise funds for the terribly debilitating muscular dystrophy disease. Companies use this opportunity to go beyond production requirements and consumer demands and create a singular spectacular timepiece which displays the creativeness and exceptional craftsmanship of the company. This piece is part of Vacheron Constantin's Collection which pays tribute to Métiers d'Art. Vacheron Constantin Métiers d'Art Dove Watch. The doves are symbols of hope and love.

5 different methods of decoration was used to complete the dial:
Beneath the dial beats a high-precision automatic Vacheron Constantin caliber 2460 baring the Geneva Seal. The American Alligator (Alligator mississippiensis) black leather strap is fastened by an 18k white gold buckle emblazoned with a polished half Maltese cross.
Posted by Vicky Van Halem at 7:00 AM