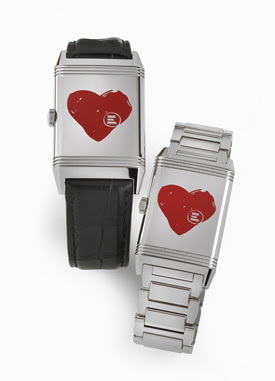 At the 68th Venice International Film Festival running from August 31st to September 10th, 2011, JaegerLeCoultre ,who has been sponsoring the festival for the last seven years and supplying Jaeger- LeCoulture finest glamor to the stars, has decided to use this opportunity to support a worthy cause.  On September 1st, on the 2nd night of the festival Jaeger-LeCoultre held an exclusive event: "Reverso for Emergency, Jaeger-LeCoultre Helps the Salam Center".
Just as there are ten glittering nights of the 68th Venice International Film Festival, Jaeger-LeCoultre ,with support of celebrities, will finance ten operations at the Salam Center.  The Salam Center was established in 2007 by Emergency Association in Khartoum, Sudan and specializes in children and adults suffering from heart disease.  The center provides these procedures free of charge to patients who otherwise would have no means of paying for their medical treatment.
In honor of this worthy cause, Jaeger-LeCoultre unveiled a Reverso featuring a red heart as if drawn by the hand of a happy child. The Reverso design is turning 80 this year.  First developed in 1931 at the fervent request of British Officers in India who enjoyed a hearty game of polo but feared damage to the crystal of their timepiece.

As the story is told:

Cesar de Trey, an influential businessman, who was a close associate of Jacques-David LeCoultre visited friends in India.
A polo player approached him, "Sir, I challenge you to create a timepiece that can survive a game of polo with its crystal intact."

This challenge founded the legend of the Reverso. A Patent for Reverso was filed on March 4, 1931: A watch capable of sliding in its base and of turning completely on its axis to turn the crystal inward.