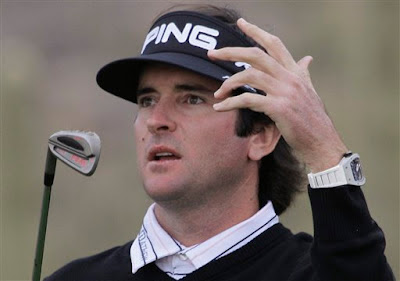 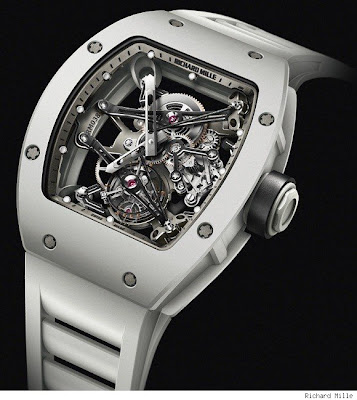 Richard Mille couldn't have chosen a better ambassador than Bubba Watson.  They even went as far as producing a $525,000  RM038 Bubba Watson Watch which  accompanies  him on many  golfing tournaments.

Richard Mille's absolute faith in its choice of golfing ambassador paid off in a big way.  The former golfing underdog, who was  relatively unknown to non-golfers became an instant celebrity in his latest victory over South African Louis Oosthuizen in a dramatic playoff at the 76th Masters.
With this victory Bubba Watson has become an instants celebrity and a "marketers dream." - (Forbes) "Bubba Watson was a bettor's dream" ( USA today).  And a bettor's dream it was for Richard Mille.  Now the limited number of 38 RM 038 ultra light tourbillon Bubba Watson timepieces and all Richard Mille's creations will attract a much wider interest.

Bubba Watson's RM 038 crafted from ultra light-weight tough magnesium-aluminum alloy or AZ91 is a tad heavier than Richard Mille Ambassador and tennis great Rafael Nadel's RM 037 weighing in a just 18 grams and crafted from titanium and lithium alloy. The feature focus on the Bubba Watson Watch is the incredible shock resistance capability in a watch sporting a manually wound tourbillon movement.  The incredible skeletonized structure of the timepiece emphasizes Richard Mille's advanced mechanical expertise and commitment to resilience and timekeeping precision.