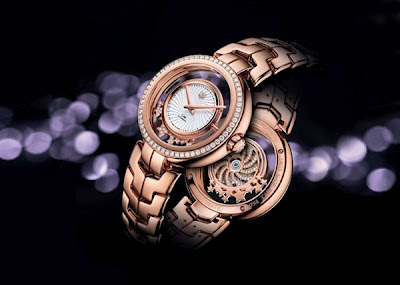 Tag Heuer is reinventing its image to attract the females.

At Basel World 2012,  Tag Heuer unveiled the  Link Lady Diamond Star - a watch of feminine grace and sophistication with a touch of edgy sensuality kind of like Tag Heuers newest appointed ambassoder for the link lady collection, Cameron Diaz. 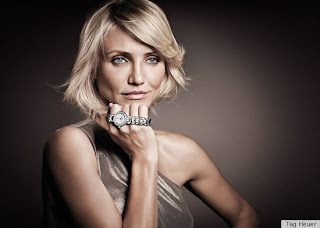 Cameron Diaz of Charlie's Angel , Vanilla Sky and Gangs of New York  fame is a multiple Golden Globe nominee and one of the highest paid female actresses.
On why she agreed to become Tag Heuer's Ambassador for the Link Lady collection.
"I decided to become the ambassador for Tag Heuer for the Link Lady collection because my first watch was a Tag Heuer," she explained.
"I had just got my first diving license and I needed an underwater watch. It was a men's design, too big for my wrist. I bought that when I was 18, with the first money I earned as an actress."

Also Cameron Diaz has an affinity for fast cars.  Telling FoxNews in an exclusive interview back in 2010 -“I love driving, love it. I have been doing it well before I should have,” the 38-year-old told FOX411’s Pop Tarts while promoting her new super hero action flick, “Green Hornet.” “My cousin Johnny would put me on his lap when I was nine and let me take the wheel, or he would sit in the middle and put me in the front seat and let me ... I love speed.”

Cameron Diaz even appeared beside Tom Cruise  on Top Gear testing the speed of a car.