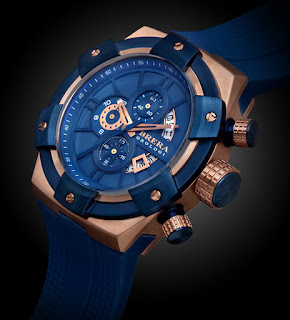 Coinciding with the SIHH is the lesser known, but never the less highly intriguing, 3rd Annual Geneva Time Exhibition.
Geneva Time Exhibition is a platform whereby the small independent watch makers show off their highly creative one-of-a-kind timepieces where talent is not restricted by corporate red tape. If you are heading out to Switzerland for the SIHH, the Geneva Time Exhibition is a must. Many independent exhibitors are just beginning their horological journey, struggling to promulgate their watch creations and many of the exhibitors are well known. Exhibitors include Alpina Geneva, Brera Orologi, Clerc, Cyrus, David Van Heim, Frederique Constant, Ice Watch, Ladoire, Louis Monet, Milus, Welder & many more.

Featuring strongly at the show is an excellent new watch manufacturer: Heritage Watch Manufacturer, which is completely privately owned. All their watches are chronometers, which means they are COSC certified. (click here for more information).

At the GTE, Heritage Watch Manufacturer will add a fourth timepiece to its collection: The VIATOR. The VIATOR is the epitome of what an independent watch manufacturer really means: The movement is not bought from a large manufacturer like ETA, but is completely in-house. Crafted by Master Watchmaker Karsten Fraessdorf, the Viator Calibre 840 movement is extremely precise. The VIATOR , a GMT, timepiece is equipped 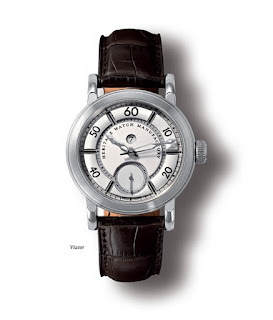 with a second time zone beneath the 12 'o'clock numerals in the form of an exceptional quick jumping hour. Thus the traditional analog time display will present one time zone, while the jumping hour display will display another. Although two completely different mechanisms are housed beneath superb convex enameled dials (reminiscent of the 18th century Parisian enameled pendulum clocks), the timepiece runs with effortless efficiency. Three patents ,each of which is incorporated in the three earlier models, the precision balance of the VIVAX model; the fine escapement regulation mechanism in the SECTATOR model; the balance cock of the TENERE model, converge within the new VIATOR model culminating in superior precision.

The famous 219 Kulkalkan Mayan Watch will also be on display, and perfect timing too ... it is 2012 after all.

... And what of the vast amount of independent watch companies who are not part of the SIHH 2012 nor the GTE and have not been able to accrue a spot at Basel World? Many will be displaying their creations in private Geneva Show Rooms. So once in Geneva keep your eyes open and scan the horizon for the small private exhibitions for you never know where the road less traveled may take you.
Posted by Vicky Van Halem at 8:46 PM