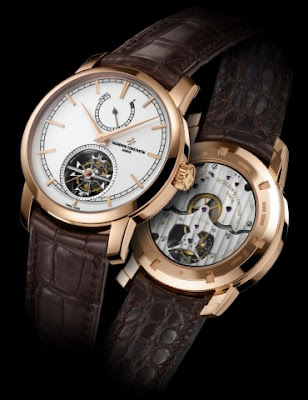 At the SIHH 2012, Vacheron Constantin will unveil the latest addition to the Patrimony Traditioneelle Collection with its very first watch to meet the new stringent Hallmark of Geneve criteria. 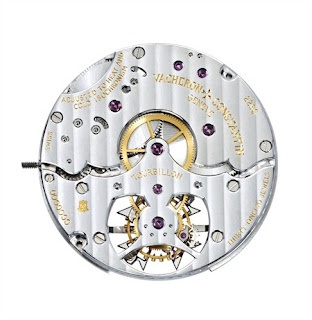 The Patrimony Traditionnelle 14 day tourbillon is a mechanical watch power house harboring no less than four barrels mounted in pairs.  The additional barrels are crucial in maintaining a 14 day power reserve in a  timepiece with a tourbillon complication.   The Calibre 2260 is comprised of 213 pieces including two large bridges. The power reserve is clearly displayed below the 12 'o'clock position and the tourbillon beneath small seconds  at the 6'o'clock position creating an elegant balance.  The 5N pink gold dauphine hands are placed slightly above the Opaline silver toned dial.

The timepiece is an elegant and sophisticated mark of precision excellence whereby all the components work in perfect unity.