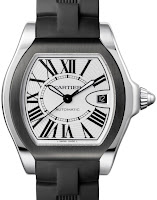 
Posted by Vicky Van Halem at 3:44 PM No comments:

The Inspiration of Van Cleef & Arpels 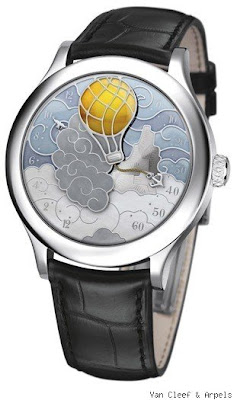 Whenever I lay my eyes on a Van Cleef & Arpel's timepiece, something catches in my throat triggering an emotional reaction I cannot quite grasp. The work is so fine, almost magical; it is as though Van Cleef & Arpel luxury watches have been crafted by a workroom full of angels.
A collection seeming to stem from a whimsical world of fairy tales is Van Cleef & Arpels "Poetry
of Time"
The latest addition is inspired by Jules Verne's 1863 tale "Five Weeks in a Balloon" where three men float in Hydrogen hot air balloon above darkest Africa. Jules Verne, the father of science fiction, weaves a tale of harrowing adventure, great explorations and remarkable inventions.
The story is depicted upon the dial of this men's rare timepiece where a bright yellow balloon is floating above a thunderous gray cloud. A soaring bird indicates the hours and an anchor tied to a rope indicates the minutes. In 2011, the clouds will part and the "Five weeks in a Balloon" Van Cleef & Arpel's timepiece will appear in the wondrous world of Horology.
.
Posted by Vicky Van Halem at 9:56 AM No comments:

Email ThisBlogThis!Share to TwitterShare to FacebookShare to Pinterest
Labels: Van Cleef and Arpels 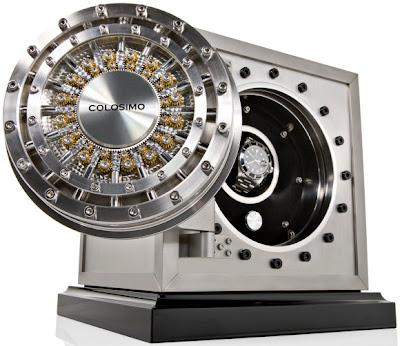 Posted by Vicky Van Halem at 4:00 AM No comments: 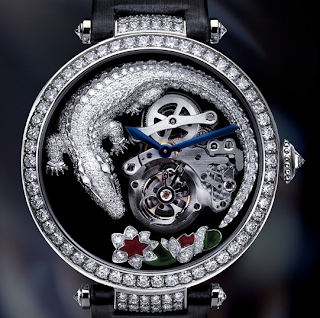