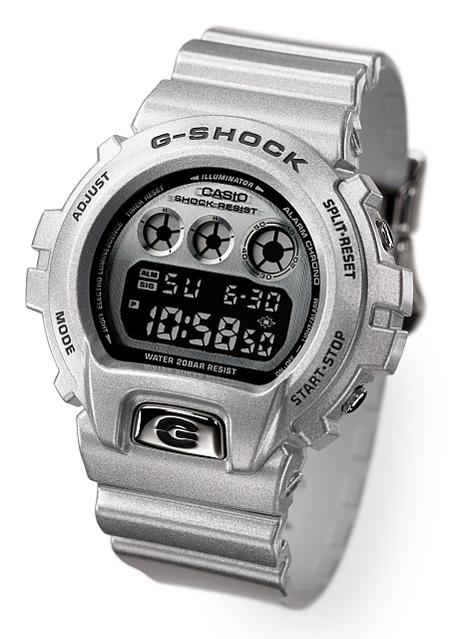 Posted by Vicky Van Halem at 12:33 PM No comments:

Mark,  CEO of ZULUTIMEZONE - your one stop shop for excellent watches - informed me of a highly popular brand of watches which were selling like hot cakes. So I decided to do a bit of research on my own - trying to determine the mark of popularity.  I discovered Vintage Squale Diving Watches are so coveted, they barely skim the list before being snatched up. "Squale watch forums" boasting newly purchased Squale Watches are spreading around the net like wildfire.

After looking into Squale Watches I could see what all the fuss is about.  Squale are Professional Diving Watches which have proved their reliability, accuracy and resilience beneath the ocean. There heyday began  back in the sixties and seventies when world champion divers and spear fishers donned the watches at the 1967 Cuban Spearfishing Championships using the watches to keep track of time beneath the ocean.
Squales foundation began in the early 1950's.  Charles and Hélène Von Büren established the watchmaking company, von Buren SA in Neuchâtel, Switzerland. Charles Von Bürenhad loves diving and the sea.  He realized there were no watches companies exclusively dedicated to professional diving.  He produced the watches under the Squale Brand - The name means "Shark"  His daughter ,Monique, was one of his most valued watch testers and she became an excellent diver and a marine biologist. Van Buren registers Squale as its company trademark and receives its first patent for the construction of a diving watch case. In the 1960's the Squale logo appeared on more and more of the watches he produced.  In 1967 Squale Watches became synonymous  with Von Buren.  ( The "VON" logo is still emblazoned on the screw down crown of the current models of the Saquale watches).


As a further  testament to their reliability in adverse conditions they were  purveyors in the 80s/90s for the paratroopers of the Folgore Italian Sub as well as the Italian Navy.

The helium valve enables divers who operate at great depths and spend prolonged hours under extreme pressure breathing a mix like trimix containing gases such as helium (tiny molecules) or hydrogen (smallest molecules found in nature) to release the helium molecules that have worked their way through the o-rings or other seals. The helium and hydrogen molecules cause no damage when the watch is at great depths under pressure but as soon as the diver resurfaces, a pressure difference occurs between the trapped gas(es) inside the watch case and the surrounding air. This can cause the crystal to pop off damaging the watch thus the helium valve is a crucial edition to diving watches enabling the diver to release the gas build up and restore equilibrium. However the Helium valve requires the construction of a extra hole in the case which may, if damaged, can significantly decrease water resistance.

Squale Watches invented a double flexible gasket for the crystal  which eradicated the need for the Heluim Valve as the double flexible gasket evened out the pressure. This system ensured that there were no trapped Helium molecules trapped beneath the crystal and no danger of the glass popping off once the diver resurfaces. In addition the double gasket ensures excellent water resistance.

One can still purchase a Squale Diving Watch with this technique at ZULUTIMEZONE.COM  in the current 101 Atm (2002 series) models. The incredibly successful double flexible gasket proves to be better than the Helium valve as there is no hole built into the case.
In addition the scratch resistant sapphire crystal at 3.5 mm is extra thick

Squale Professional Divers Watch was used by record setting 100 meter free diver, Jacques Mayol. He set many world records including a 105 meter free dive at 56 years old. He was an intriguing person who pushed the limits of human capabilities with intense physiological and mental training through utter relaxation and yoga. A French national born on April 1st, 1927 Shanghai China,  Jacques Mayol, developed a passion for the ocean and a fascination with dolphins. He became quite attached to Clown, a female dolphin, he met while working as a commercial diver at an aquarium in Miami Florida. He imitated her and learned how best to maneuver beneath the water.  He contributed immeasurably to the free-diving or apnea sport - diving on a single breath without the use of any sort of breathing equipment. His life is documented in a wonderful film, The Big Blue, directed by award winning French film director, writer and producer - Luc Besson. Squale watches are highly featured in this movie as they are known for their superior resilience in adverse environmental conditions.

Since timing is an issue of life and death in apnea sport, a reliable divers watch is a critical necessity.  Squale Diving Watches boast many features specifically designed to stand up to the pressure and adverse conditions of a sub aquatic environment. Most Squale Professional Diving Models sport the features below.  To verify if a particular model suits your needs, visit ZULUTIMEZONE.  ZULUTIMEZONE easy to read interface and exceptional watch feature detail enable you to precisely determine the which watch is for you.

The growth in the watch industry is unprecedented and no where is it as apparent as the largest World Watch and Jewelry Show.  Running from April 25th to May 2nd, 2013 1,800 companies converge on Basel, Switzerland to showcase their wares. In response over 100,000 visitors including buyers and specialists from the retail and wholesale trade, 3,300 journalists and the interested will pour into the halls to  survey the current in  trends, latest in  fashion  and avant-garde creations.
This expansive show covers no less than 106,000 square meters of exhibition.

From well known watch brands like Breguet, Blancpain, Corum, Movado, Rolex, Tag Heuer and Omega showcasing in Hall 1.00 to less known, but nevertheless well regarded brands like Vulcain, Ritmo Mundo, Romain Jerome and Edox in hall 1.1 and more fashion brand oriented watches like Kenneth Cole, Juicy Couture, Guess, Anne Klein and Tommy Hilfiger watches as well as Invicta in Hall 1.2.  Hall 2.0 are predominantly brands I have never heard of or heard of in passing - many of which are located in non-European countries.  Here you will find Itay Noy (Israel); Momodesign (Italy); Obaku Denmark; Quantum (Turkey); Georgi Sabounjian (Lebanon); Longio (China); Danish Design (The Netherlands); ans a sprinkling of relatively unknown Swiss Companies as well as gem, packaging and promotional press stands.  In hall 2.1 houses the jewelry enthusiasts and in Hall 2.2 is a mixture of
everything.  For beautiful gems and antique jewelry  do not miss Hall 3.0 and 3.1. Hall 4.0 is filled to the brim with a variety of jewelry and watch companies.  Hall 4.1 will please you with a delightful collection of children's wristwatches - a growing trend and other delightful trinkets.
Hall 4U is a watchmakers must with companies showcasing essential equipment required for watch and jewelry manufacturing. Those showcasing their products in the prior halls must make time to view the latest in testing technologies, production machinery,  computer software  and interesting alloys.
The Palace houses some of  my most favorite brands pushing the envelope of mechanical mastery.
De Buthene so vibrant in my mind for its iridescent hues of blues; HYT -  the only hydro mechanical horologist I know; Konstantin Chaykin - A Russian watchmaker of incredible skill; MB & F - need I say more; Speake Marin - watches finished with immeasurable grace as well as Urwerk sporting an originality of movement .

In Baselworld 2013, musical treasures tracks time while tickling the ear,  Artya in hall 0.F unveils the Son of Sound - its case a guitar head shape,  while Ulysse Nardin in Hall I places a music box upon the wrist.
Of course I have failed to mention enumerable worthy companies in which  treasures will be exposed in  Baselworld. I can say no more about Baselworld in words - one must go and see for yourself. Feast your eyes and open your mind to a world beyond the product, but to the success of dreams, planning and indescribable abilities.

Posted by Vicky Van Halem at 12:08 PM No comments: