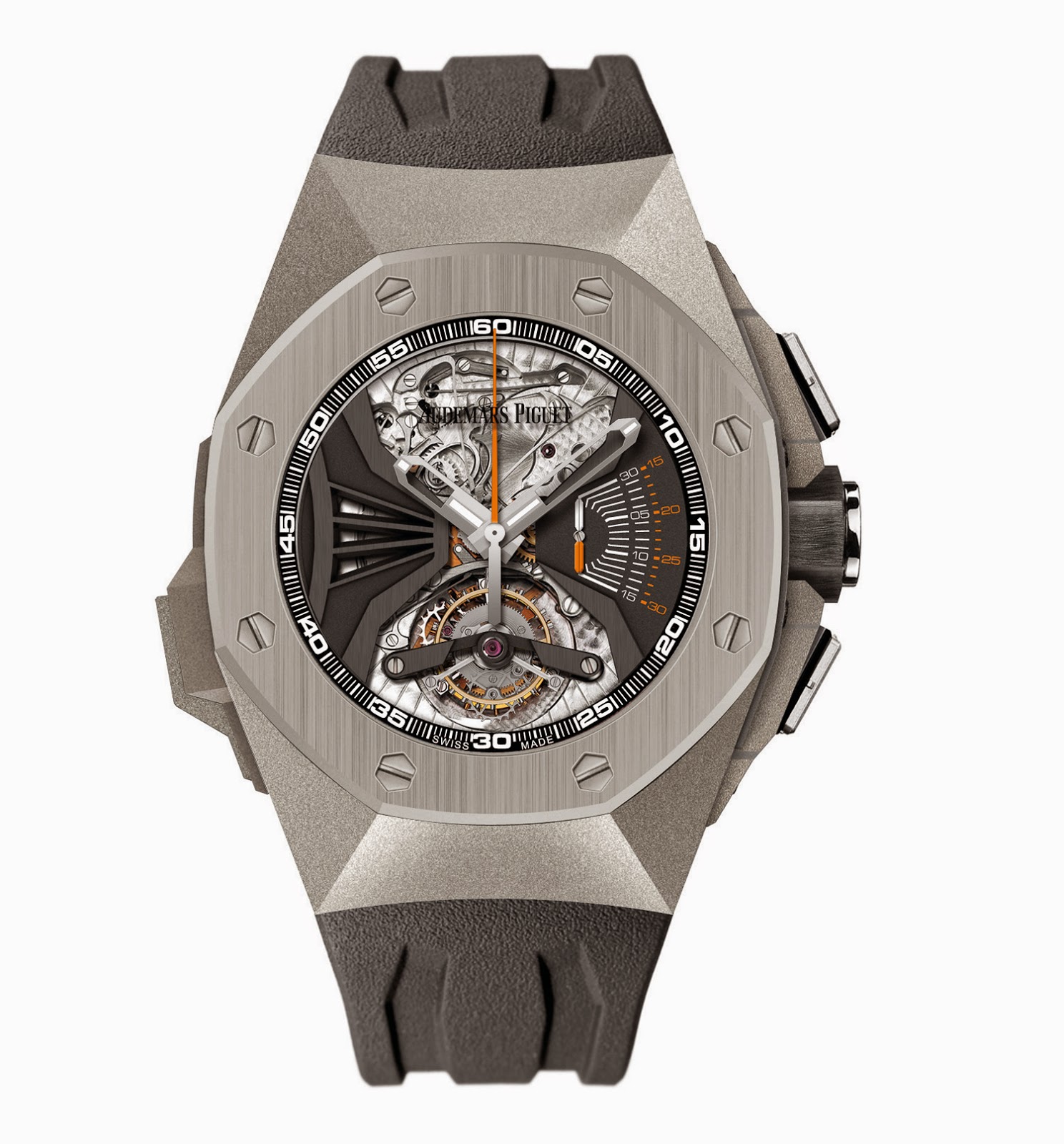 Audemars Piguet is set to drown out the show with a new improved Audemars Piguet Royal Oak Concept Acoustic Research Episode 1 Watch.  Aside for the lengthy scientific title, this watch promises a minute repeater louder and clearer than any other mechanical watch. Of course the title does imply quite a bit of actual scientific research  including some cognitive and neuropsychology dealing with human perceptions (yay my degrees in psychology did not go to waste)  that went into this timepiece.   This type of attentiveness to the scientific approach, as opposed to trial and error, is becoming quite the thing in watchmaking.  The first company that really applied this principle with a huge success is  Greubel Forsey, after which the awards kept piling on.  One just has to look at the most recent being the first middle east awards in Dubai, where Greubel Forsey won the Best Technical Innovation Watch.
So with a concept in hand, Audemars Piguet's highly reputable Le Brassus  Renaud & Papi Audemars enlisted the help of young innovative minds at the  EPFL polytechnic school of Lausanne (École Polytechnique Fédérale de Lausanne) to assist in creating the perfect chime as perceived by the mind.
Now one must remember to emit a loud chime, quite a few factors come into play.  The watch case must serve as an amplifier of sorts.  The striking hammer must  bare down on thegongs with as much force as possible.  To create a great amplification and a large force within the small confines of a watch case is quite a challenge.  So before one even begins, the octagon Royal Oak case shape, designed by Gerald Genta, has the spacial capability to accommodate a great many complications.  A couple years ago, I went to a fascinating Royal Oak Exhibition, at Antiquorium in NYC; the great number and variety of Royal Oak timepieces on display was quite astounding.  It is quite one thing surveying a collection here, a collection there; a model here, a model there, but to actually view decades of Royal Oak timepieces laying side by side, emphasizes the versatility of the Audemars Piguet Royal Oak.

How does Audemars Piguet succeed in creating the Perfect Chime?


After no less than eight years of intense research and development, the prototype of the  Audemars Piguet's

Royal Oak Concept Acoustic Research must be downright amazing.  Within the 44mm titanium case, an in-house tourbillon, visible at the 6 'o'clock position,  ensures gravity will not exert unnecessary force upon the movement and column wheel chronograph, aided by a 30 minute counter at the 3 'o'clock,  ensures additional timing complications.  But it is the loud chime which compels Audemars Piguet to announce:
“the first chiming watch so acoustically considered as to become a sound concept in its own right.”
For this chime, Audemars applies a stringed instrument concept, which creates a loud and clear chime. Since January 19th, 2015 is still over a month away, Audemars Piguet is still mum about the actual nitty gritty of the mechanics.  So instead of boring you all with suppositions of the watch's acoustic mechanics, I will hold my ramblings at bay and wait until Audemars Piguet is ready to release more details.

As a conclusion, I find this concept watch fitting into a unique niche portraying a sporty and resilient minute repeater as opposed to the more dressy timepieces in which this particular complications is most often found.

Posted by Vicky Van Halem at 12:10 PM No comments: 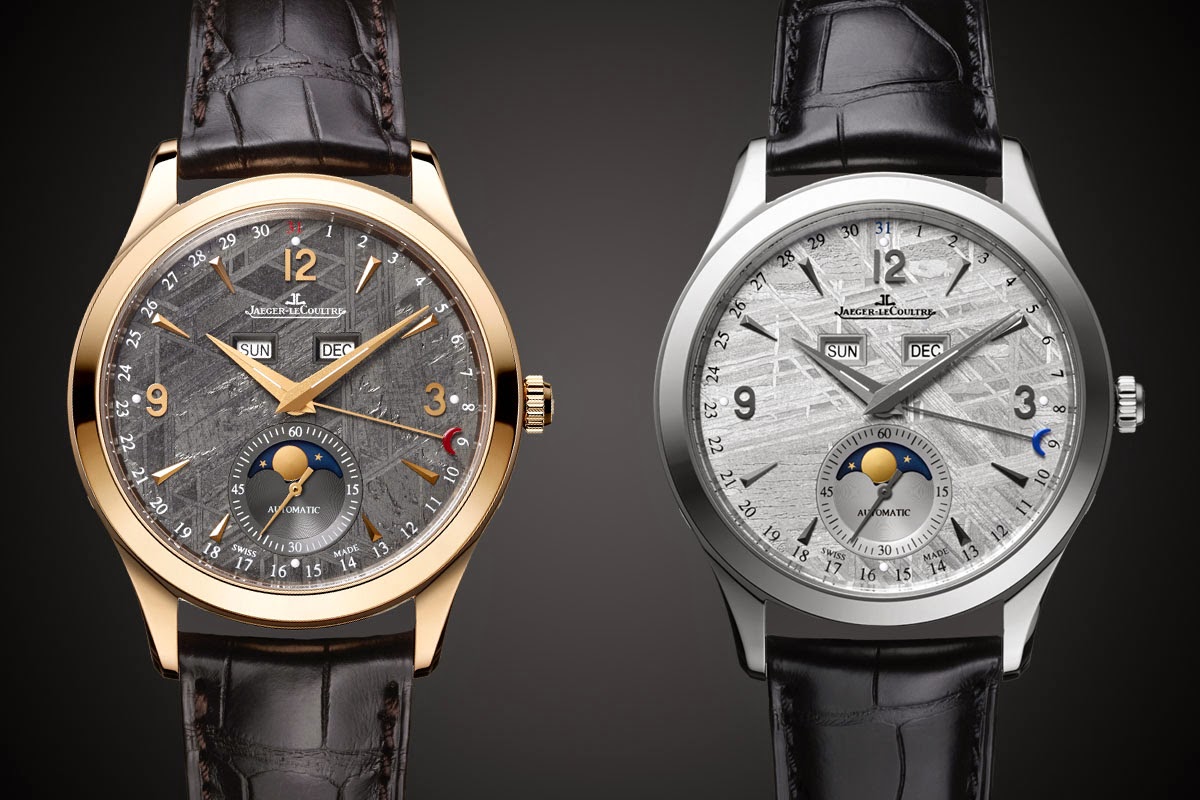 
Posted by Vicky Van Halem at 1:39 PM No comments:

Ka La Men's Watches have quite a unique display based on the ancient sun dial. Now the Hawaiian based designer  ,Mark Carson, has the gears in motion to run a Ladies Ka La line.

All is explained in his Kickstarter Campaign!

Posted by Vicky Van Halem at 12:34 PM No comments: